Until the latter part of the 19th century, most of Singapore’s shipping activities were centred around the mouth of the Singapore River. By the 1850s, the river was congested with shipping traffic, and a new port was necessary to cater to the increasing trade.

New Harbour, now known as Keppel Harbour, had been in use by local and regional traders for centuries. In 1848, British Royal Navy officer Henry Keppel conducted a survey of the harbour and recommended its use to both public and private shipping companies. Wharves were constructed at Tanjong Pagar, leading to the birth of New Harbour. This led to the rapid urbanisation of Tanjong Pagar as godowns (warehouses), roads, and commercial and housing properties sprung up in the area to cater to the growing economic activity around the harbour. 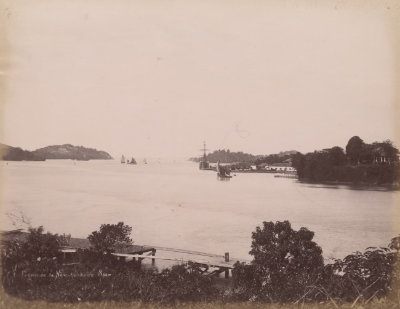 In the first half of the 19th century, the mouth of the Singapore River functioned as a harbour where ships would call. However, the Singapore River estuary was too small and shallow to develop into a major port. By the 1850s, it had become increasingly congested. With the advent of steamships and expanding port activities, there was a need for a bigger port. The natural deep harbour at nearby Tanjong Pagar was surveyed in 1848, and shipping firms built wharves in the area, leading to the birth of the port at New Harbour. 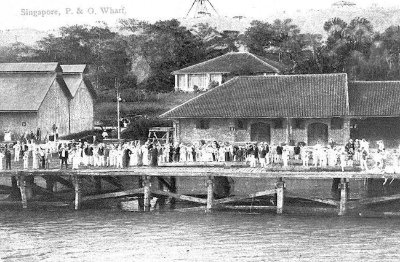 The Peninsular & Oriental Steam Navigation Company (P&O) opened a wharf at New Harbour in 1852. The wharf was ideal for ocean shipping, while the Singapore River continued to be used for coastal boats. Soon after, other wharves, warehouses, and coal stores opened up in the area, turning New Harbour into a bustling port. It was renamed Keppel Harbour in 1900 after Henry Keppel, who surveyed the area in 1848 and recommended it as an alternative shipping site. 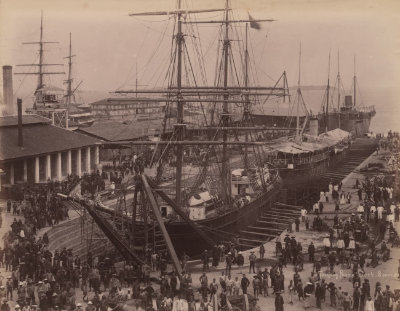 In 1864, Tanjong Pagar Dock Company was formed to construct a dry dock at New Harbour. It opened in 1868 as Victoria Dock. Shipping traffic grew quickly with the increased availability of wharves and more steamship services calling at Singapore. To meet the growing demand, the company built another dock in 1879 named Albert Dock, which is partially visible in the background on the left. 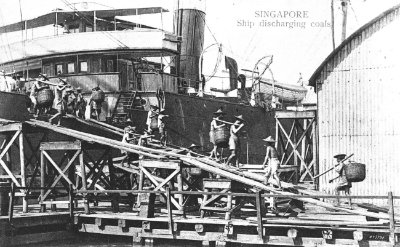 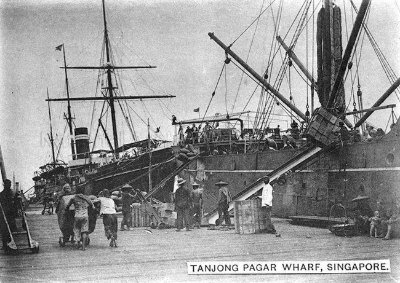 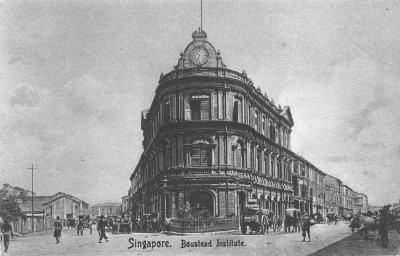 Built in 1892, the Boustead Institute was a hostel for merchant seamen and a landmark in Tanjong Pagar. It was named after English merchant Sir Edward Boustead, who founded the successful trading firm Boustead & Co. in Singapore in 1828. Boustead was concerned about the plight of seamen and bequeathed a sum of money upon his death to finance the construction of the Institute. The building stood at the junction of Anson Road and Tanjong Pagar Road until it was demolished in the 1970s.