Land transportation in Singapore underwent a great transformation from the 19th century to the early 20th century. The earliest forms of transport on the island – horse-drawn carriages and bullock carts – relied primarily on the use of animals. The 1880s saw the introduction of rickshaws from Japan – an economical and convenient mode of passenger transport by manual labour, which would be replaced by trishaws after the Second World War.

Technological advancements in the latter half of the 19th century revolutionised land transport around the world. These developments soon reached Singapore, changing the streetscape of the island. Steam-powered, electric, and motor vehicles gave rise to new forms of public transport such as electric trams, trolley buses, and trains. Motorcars first arrived in Singapore in 1894 and their numbers grew dramatically from the 1920s with mass production.

At the turn of the 20th century, Singapore’s main thoroughfares were busy with bullock carts, horse carriages, trams, rickshaws, trishaws, and motorised vehicles. 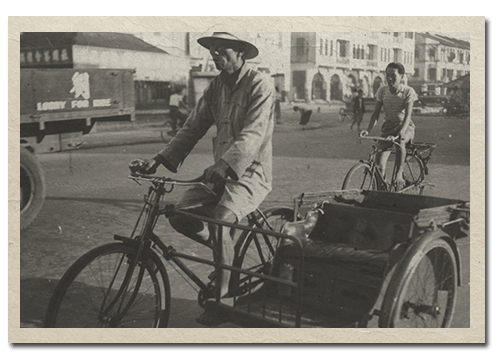 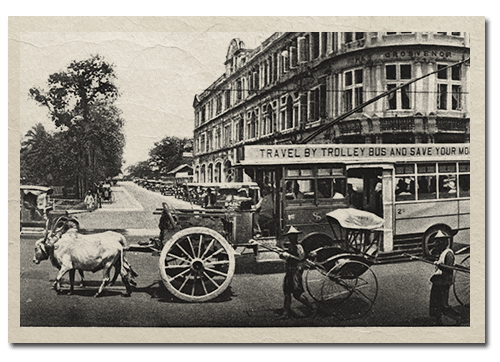 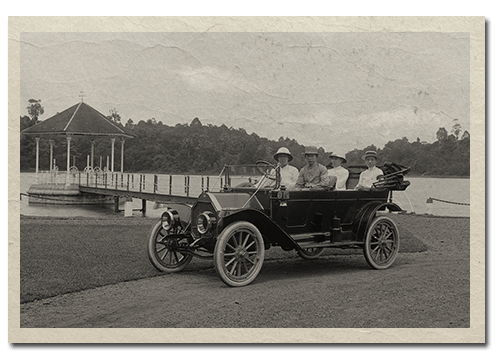