Singapore’s role in regional trade dates back to the 13th century, when it was known as Temasek, one of the port cities along the Straits of Melaka, serving as a collection centre for products marketed mainly to China and a redistribution centre for Chinese and other international products. In 1819, the British, who needed a port for the China trade, established a trading post in Singapore, due to its strategic location on major maritime trade routes and naturally deep harbour.

The Singapore River, located within the Island’s commercial heart, was critical to the island’s development. For much of the 19th century, the river bustled with economic activity, with smaller vessels ferrying cargo between the riverbanks and ships docked at the harbour. The river became over-congested by the mid-1800s, and the creation of a port at New Harbour (Keppel Harbour) drew some shipping activity away from the river.

Today, the Singapore River is a popular spot for recreation and sightseeing, with many heritage sites in its vicinity. 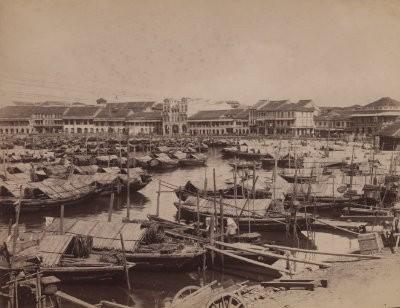 Being the focal point of trading activities, the Singapore River was pivotal to the development of early Singapore as an entrepôt port. The city’s shipping and trading activities were mostly concentrated at the mouth of the river and along Boat Quay. The river bustled with bumboats and sampans ferrying, loading and unloading goods for import and re-export. Offices, shops, godowns (warehouses) and merchant houses were also set up along the river to facilitate these activities. 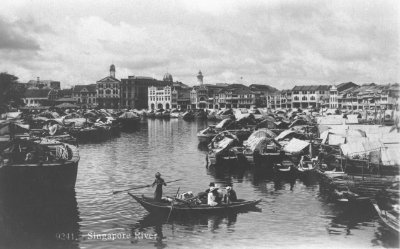 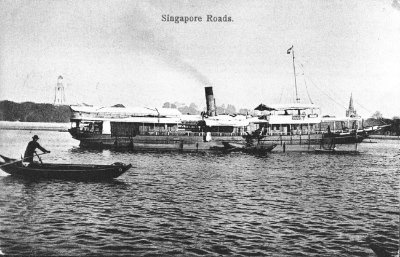 Cargo Ship near the mouth of the Singapore River, 1900s 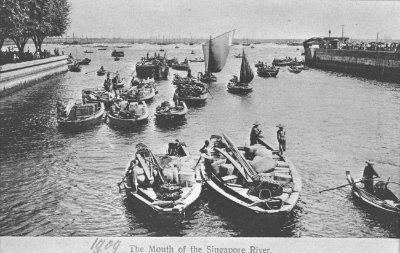 Twakows on the Singapore River, 1900s

Twakows were bumboats used to transport supplies and goods from anchored ships to shore and vice versa. Bumboats along the Singapore River were operated mainly by Indians until the 1900s, when the Chinese, especially Hokkiens and Teochews, began to dominate the trade, calling the bumboats twakows in their dialects. 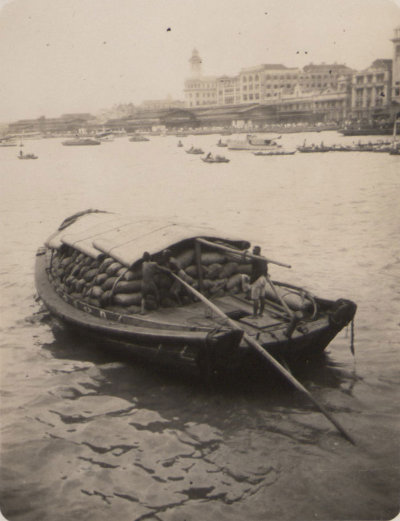 A twakow laden with cargo in Singapore harbour, 1925 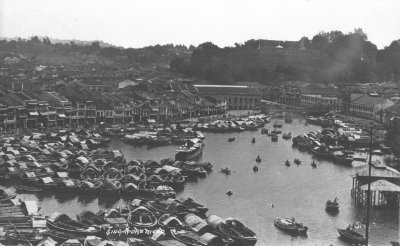 Boat Quay, located on the southern bank of the Singapore River, was one of the first commercial areas developed in Singapore. As early as 1823, offices, shops, godowns (warehouses) and jetties, which were run by European and Chinese merchants, were built along its banks. By the 1860s, many European businesses moved to the New Harbour (Keppel Harbour) area, leaving Boat Quay a predominantly Chinese domain. 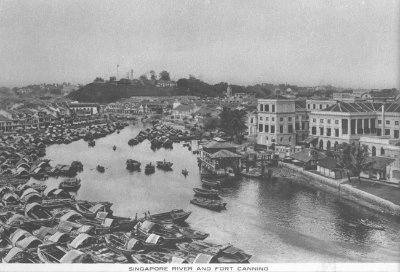 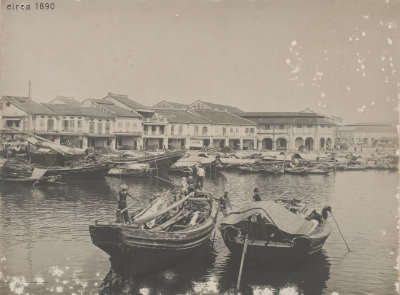 Located further upstream along the Singapore River from Boat Quay, Clarke Quay was also used as a dock to move cargo to and from the godowns (warehouses) and commercial houses along the river. Two and three-storey shophouses were typical buildings at the quays, with the upper floors used as living quarters and the ground floor housing shops and trading offices. 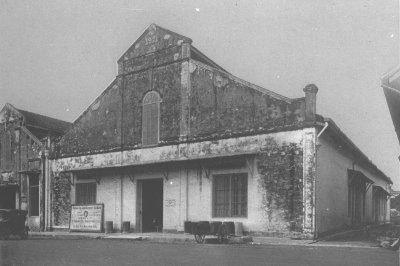 Godowns, or warehouses, were important infrastructure for Singapore’s entrepôt trade. Most of them were located along the Singapore River to receive goods ferried from cargo ships docked along the straits. Besides warehouses, merchants also built their homes along the river, with private jetties used to load and unload goods.