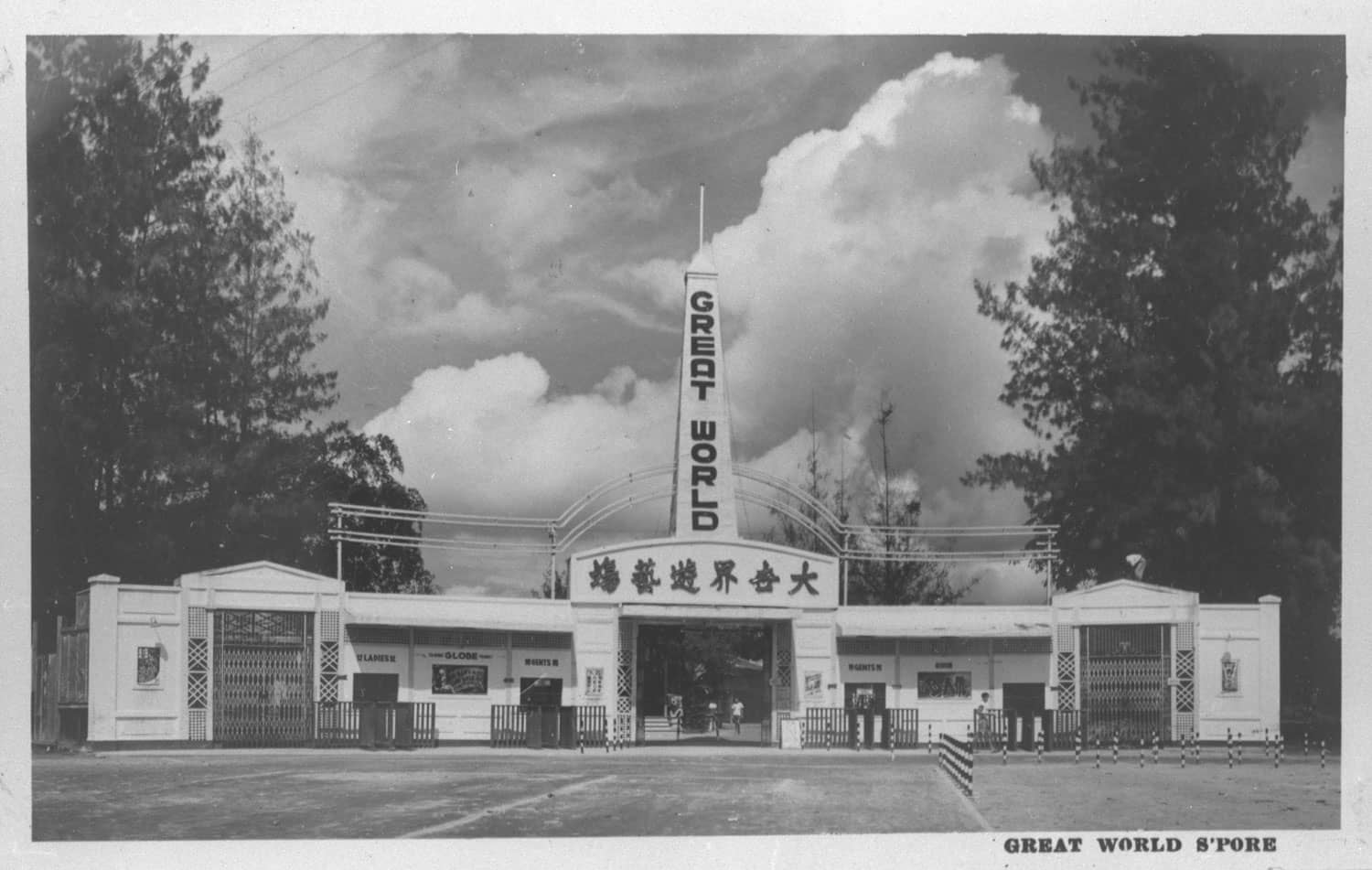 The Great World was one of the major amusement parks that livened up the public’s leisure time in the 1950s and 1960s. The amusement park was developed in the 1930s to provide entertainment for low-income families. There were films and Chinese operas to watch, as well as wrestling and boxing matches.