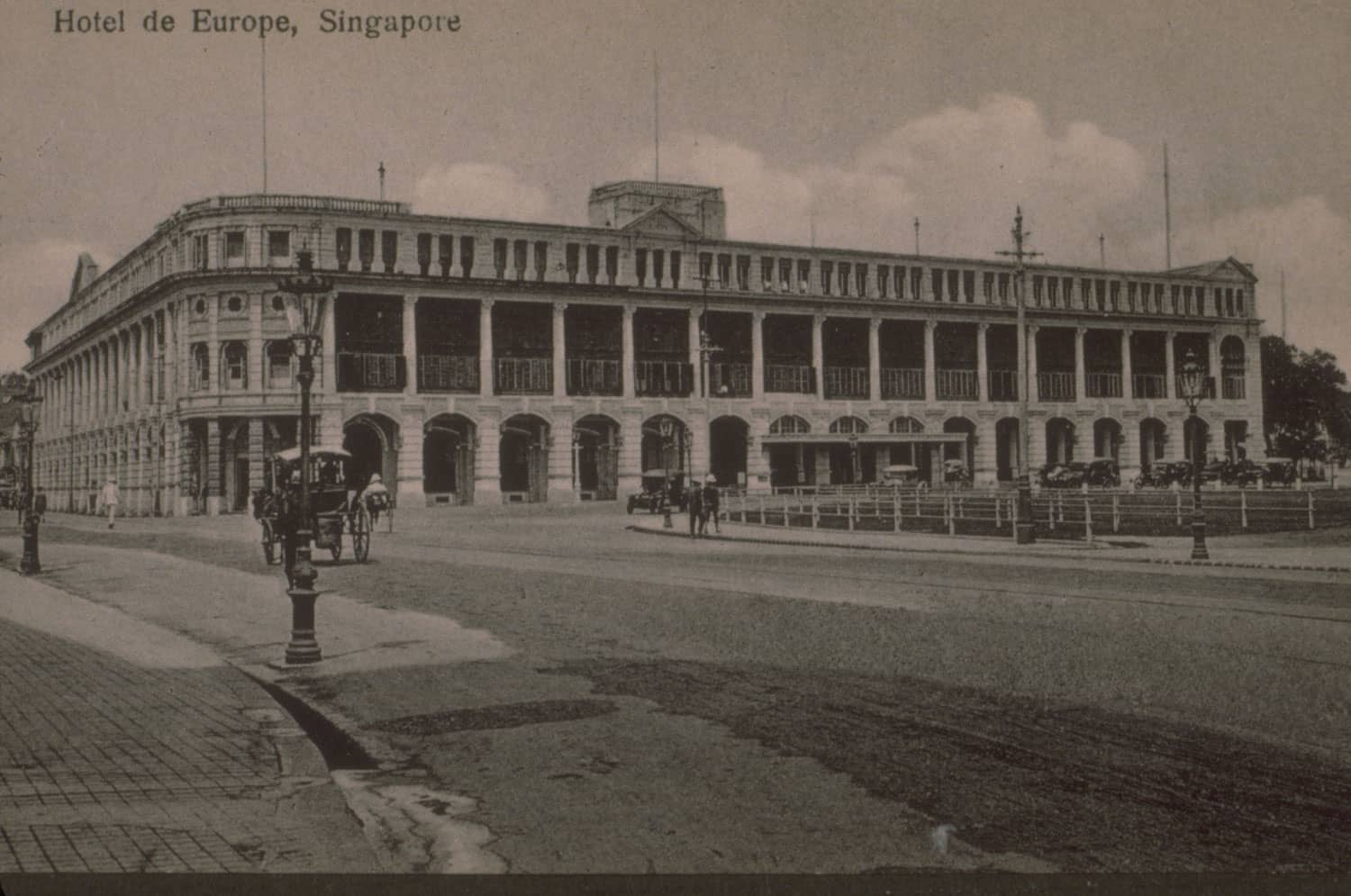 English writer Rudyard Kipling (1865–1936), who visited Singapore in 1889, once said ‘feed at Raffles and sleep at the Hotel de l’Europe’, referring to the two leading hotels in the city then. Hotel de l’Europe began in 1857 as a modest establishment. It was renamed Grand Hotel de l’Europe in 1907, after a major redevelopment. During its heyday, it rivalled the Raffles Hotel in terms of luxury and service. The hotel closed in 1932.