Singapore’s development into a major port was closely linked to its strategic geographical location and natural deep-water harbour. With the establishment of Singapore as a trading port in 1819, the mouth of the Singapore River functioned as a harbour at which ships called. Thus, the city’s earliest thoroughfare developed around this area, with Collyer Quay and the north banks of the river being the first business and civic centre. The first streets such as High Street, North Bridge Road and South Bridge Road were laid out here. This section features selected scenes and landmarks of the historic city centre. 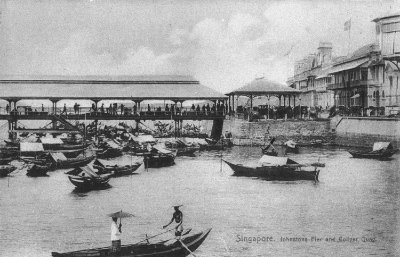 Constructed in 1856, Johnston’s Pier was where most visitors first set foot on Singapore in her early days. Made of iron and wood, the pier had a 40-foot-wide platform that extended from shore into the sea. A red lamp used to hang at the end of the pier to warn ships as they entered the harbour, giving the pier its local name, ‘the red lamp’. It was demolished in 1935, replaced by nearby Clifford Pier, which opened on 1933 to handle the increase in shipping traffic. 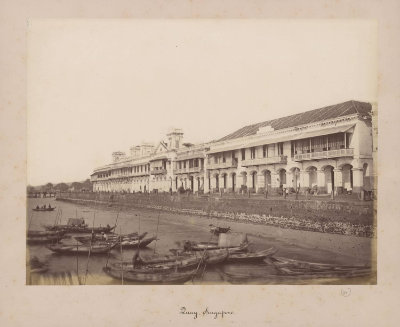 This view of Collyer Quay from Johnston’s Pier shows the Singapore waterfront, which would have been the first impression of many visitors to old Singapore. Collyer Quay was a street and seawall constructed in the 1860s. Lined with the offices of leading commercial firms, the quay served as a landing point for the unloading and storage of goods. The sampans in the foreground would bring goods from ships to warehouses along the Singapore River and passengers to Johnston’s Pier. 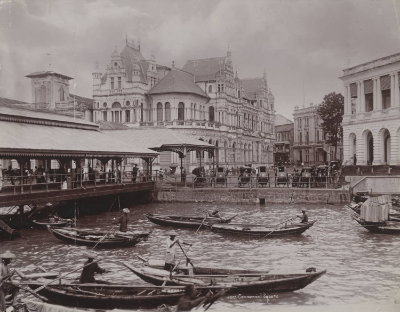 Major commercial buildings occupied the waterfront at Collyer Quay. Seen here is the Hongkong and Shanghai Banking Corporation building (centre), right across Johnston’s Pier. The magnificent building was completed in 1892 and demolished in the 1920s to make way for a new building. The site remains the location of the bank’s headquarters in Singapore. 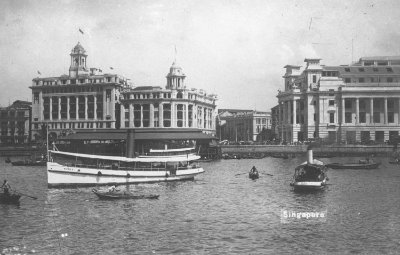 By the 1930s, many commercial buildings along Collyer Quay had been replaced by modern ones. Seen from left are Union Building, Hongkong and Shanghai Bank building and Fullerton Building. 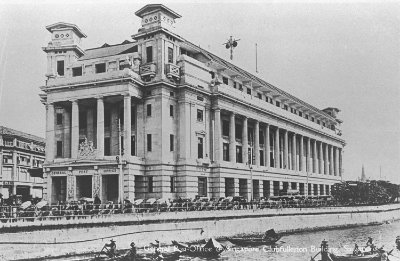 The Fullerton Building has been a prominent landmark on the Singapore waterfront since its completion in 1928. Its neoclassical façade featuring Doric columns evokes grandeur and power. Well-remembered as the General Post Office, it also housed several government departments. After major renovations between 1997 and 2000, it reopened as the Fullerton Hotel in 2001. 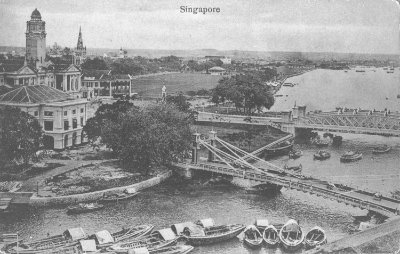 This area near the mouth the Singapore River is known as Empress Place, where colonial-era civic buildings were located. On the right is Cavenagh Bridge in the foreground and Anderson Bridge. On the left are Empress Place Building, which housed various government offices, and the Victoria Memorial Hall behind it. Further beyond is the Padang, a playing field for cricket that opened in the 1820s. 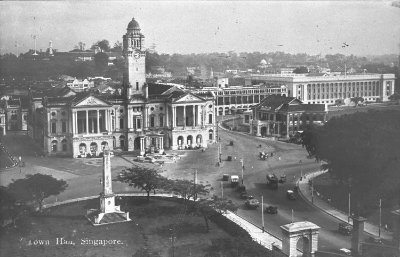 On the left foreground is the Dalhousie Obelisk, Singapore’s first public statue erected in 1850. In the centre is the Victoria Theatre and Memorial Hall, the oldest performing arts venue in Singapore. The theatre, constructed in 1862, was then known as the Town Hall, and the adjoining Memorial Hall was erected in 1905 in memory of Queen Victoria. The Victoria Theatre and Memorial Hall were also used for public events and political meetings, making it a historic landmark. 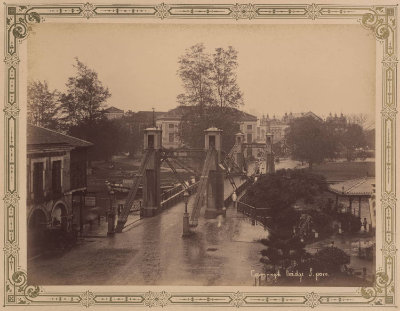 Completed in 1869 to celebrate the 50th anniversary of the founding of Singapore, the bridge is named after William Orfeur Cavenagh, who was the last governor of the Straits Settlements (1859–1867) before Singapore became a crown colony. It now serves as a footbridge between Fullerton Hotel and Empress Place. 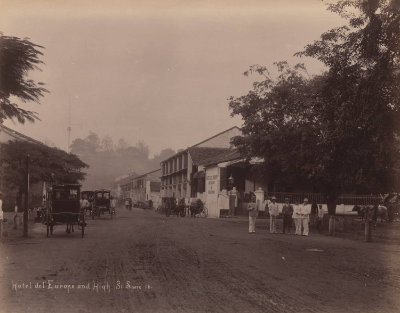 Cleared from part of the jungle near the shore in 1819, High Street was the first street to be laid out in Singapore. The street sits on high ground and is hence not prone to flooding. On the right is Hotel de l’Europe, one of early Singapore’s major hotels, established in 1857. Before the 1970s, High Street was a popular shopping belt for well-heeled residents and tourists. 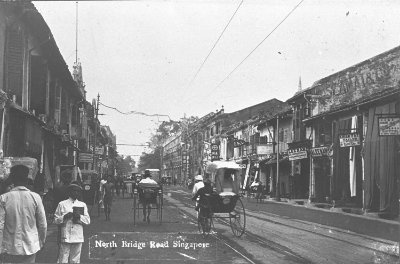 North Bridge Road was one of the earliest roads to be constructed in Singapore. It was carved out of dense jungle and constructed by convict labourers. Also known as Seoh Poh (小坡), it is featured in Chinese writer Lao She’s (老舍) Xiaopo’s Birthday (小坡的生日, 1934), a children’s fiction featuring a pair of siblings living in Singapore and their lives at North Bridge Road. The road is still one of Singapore’s main roads. 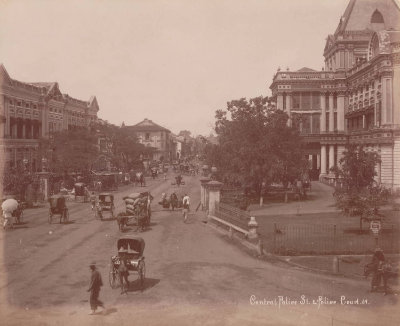 South Bridge Road has been known by its name since early 1820s, before a proper road was even constructed. It grew in importance as the link between the town and New Harbour, attracting wholesale and retail merchant traders, godowns, goldsmiths and other import and export businesses to set up shop along this road. Being the main street of Chinatown, it was also known as Tua Poh (大坡) among the Chinese. 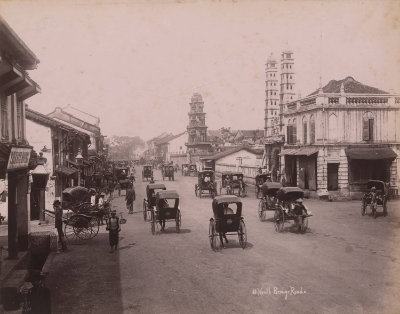 While South Bridge Road is the main street in Chinatown, it is home to places of worship for other communities, showing the multi-cultural nature of public spaces in Singapore since the early days. Seen here is the Sri Mariamman Temple in the centre, a Hindu temple that was first constructed 1827, and Jamae Mosque on the right, which was built in 1826. Both of these sites of worship are now national monuments.