Singapore’s past kingdoms and empires have left their marks on the island over its 700 years of history. However, with development after the arrival of the British in the early 19th century, the traces of pre-colonial rulers were mostly lost.

The ancient palace grounds Bukit Larangan (‘Forbidden Hill’ in Malay, now Fort Canning Hill) had long been exclusive to the royalty and was a symbol of power. Sir Stamford Raffles built a bungalow on the hill in 1822, which eventually became Government House – the official residence of colonial governors. A new Government House was erected in the vicinity of Orchard Road in 1869. Meanwhile, the Malay royalty resided in Singapore at the Istana (‘palace’ in Malay) in Kampong Glam. Being seats of authority or royal households, these buildings were remarkable in both architectural features and historical significance. 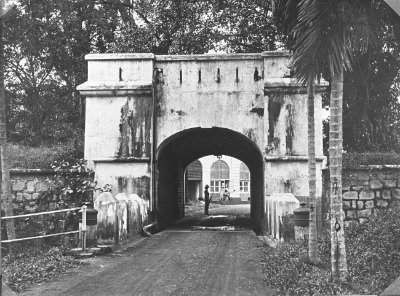 Fort Canning Hill, previously known as Bukit Larangan (Forbidden Hill) and Government Hill, was a landmark in Singapore's earliest recorded history. It is believed to be the site of a palace for Malay royalty and a burial ground for ancient kings. Sir Stamford Raffles built a bungalow on the hill in 1822, which became known as Government House and was the residence of subsequent colonial governors until the 1850s, when the Fort was built. The entrance to Fort Canning consisted of a main gate with a distinctive Gothic archway located at the north side of the hill. 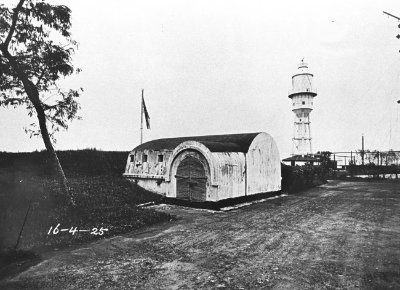 Fort Canning was one of Singapore’s first British-built fortifications. Its purpose was to protect Singapore from a sea attack, oversee the security of the town, and serve as a refuge for European residents in the event of social disturbance. The fort was fully functional by 1864. During the period it was in service, it was never used for any battles. Fort Canning was decommissioned in 1907. 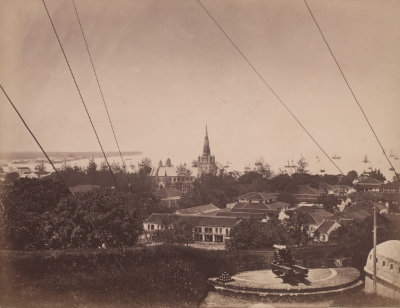 Fort Canning Hill commanded a panoramic view of Singapore town as seen from this photograph taken from the saluting battery on the hill. The cannons fired at the battery signalled the time of day and alerted the town to fires. St. Andrew’s Cathedral can be seen in the middle of the photograph. 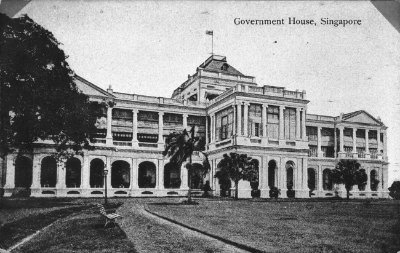 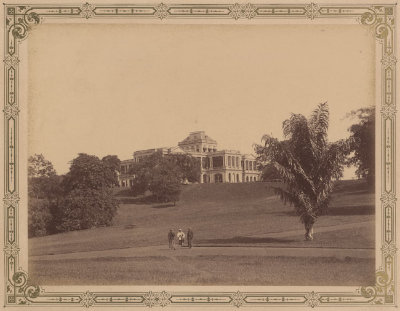 Set in expansive, beautifully landscaped grounds, the Government House was designed by colonial engineer John Frederick Adolphus McNair, who was one of the most important architects in 19th century Singapore. Its architecture is similar to many 18th century neo-Palladian buildings in India built by the British. 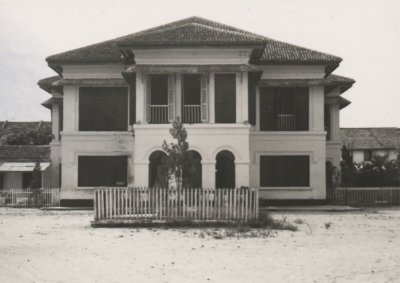 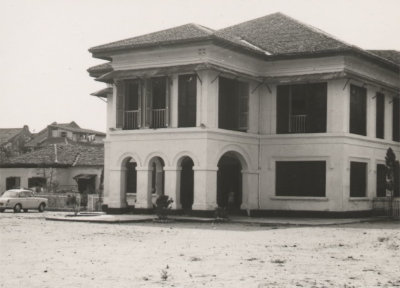 Singapore was part of the Johor-Riau sultanate, a Malay kingdom, from the 16th to 19th century. In 1819, Sir Stamford Raffles signed a treaty with the two local Malay rulers, Sultan Husain and Temenggung Abdul Rahman, to set up a trading post on Singapore island. Before the signing, Raffles proclaimed Tengku Husain, the elder son of the deceased Sultan Mahmud Shah of Johor, as the rightful heir to Johor. Sultan Husain built his palace in Kampong Glam. Originally, a timber structure, his son Tengku Mohammed Ali rebuilt the palace as a two- storey European-style building in 1843. Istana Kampong Glam is currently home to the Malay Heritage Centre.