British traveller and writer Isabella Bird wrote of Singapore in 1879: ‘a city ablaze with colour and motley with costume…every Oriental costume from the Levant to China floats through the streets’. Early Singapore was a melting pot of cultures and one’s cultural identity was often apparent in the costumes he or she wore.

In the early days, taking family or group portraits was usually reserved for special occasions or a privilege of the wealthy. As such, the group portraits in this section are precious glimpses of the myriad communities that once resided in Singapore. Whether impeccably dressed for the studio portrait, or in everyday clothes in their home environments, they reflect the rich tapestry of Singapore’s multi-cultural society. 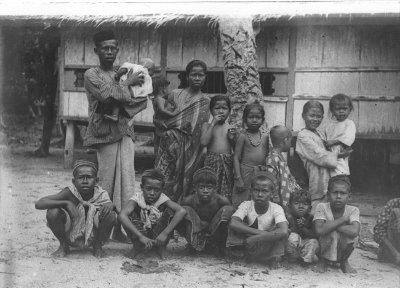 When Singapore was founded in 1819, there were already hundreds of orang laut (‘sea people’ in Malay) and Malays living on the island. They were soon joined by migrants from the Malay Peninsula, Riau, Sumatra, Java, Pulau Bawean, Sulawesi and other islands. In the past, many Malays in Singapore, such as this group in Changi, lived in kampongs or villages along the coasts and rivers. 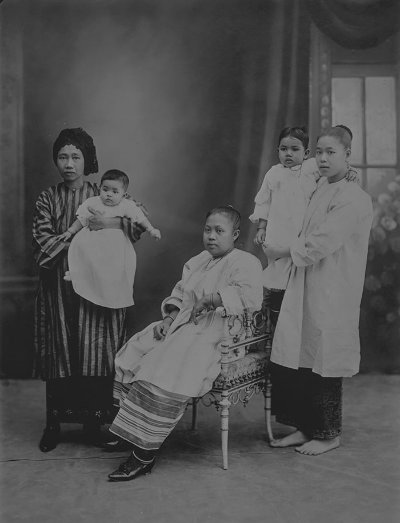 The women here are wearing the distinctive Malay baju kurung dress, which comprises a knee-length tunic and a sarong. The infants, however, are dressed in Western outfits, which suggests the high socio-economic status of the family. 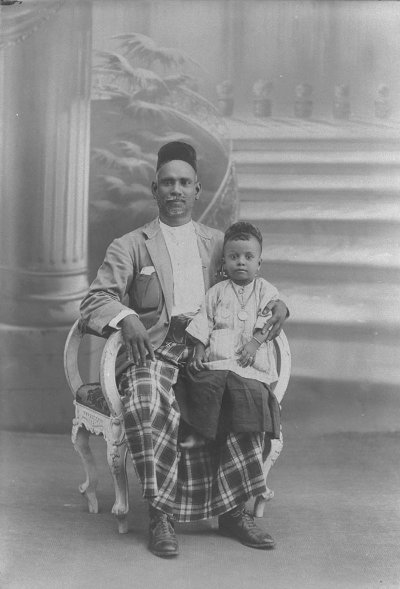 Jawi Peranakans are Straits-born Muslims of mixed Indian and Malay parentage who have assimilated into the Malay community. Their ancestors were mostly Tamil migrants from south India who settled in Malaya and married local Malay women.

While sporting a Malay songkok cap and a sarong, the man dons a Western jacket and leather shoes. The boy is clothed in a full traditional baju kurong and songkok. 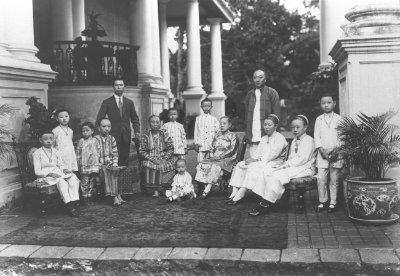 The Straits Chinese, or Peranakans (‘local born’ in Malay), are descendants of Chinese immigrants who married local women of Malay/Indonesian heritage. Many trace their origins to 15th-century Malacca, where their ancestors came to trade and settled. Peranakan culture is a hybrid of Chinese, Malay and Western elements. Many Straits Chinese became prominent businessmen or community leaders. Seen here is a wealthy family at their residence 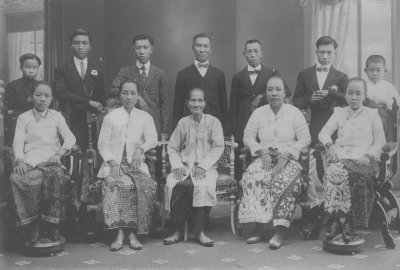 The matriarch in the centre is wearing baju panjang (‘long dress’ in Malay), the traditional costume for Peranakan women that comprises a knee-length tunic worn over a batik sarong. The two women on her side are wearing nonya kebaya – a more fitted, embroidered blouse paired with a batik sarong, which became popular in the 1920s. Peranakan men were early adopters of Western apparel, as evident in this photograph. 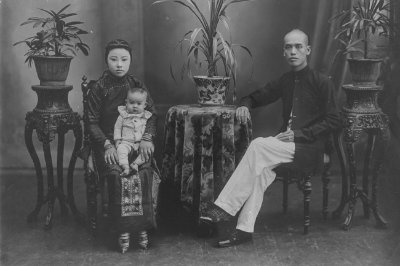 Large numbers of Chinese from Fujian, Guangdong provinces and Hainan island were driven by poverty in their homeland to seek a better life in Singapore. The waves of emigration occurred throughout the 19th century after Singapore’s founding and in the early 20th century. The majority arrived as unskilled labourers but there were also traders in search of business opportunities.

Before 1911, Chinese in Singapore, especially those who were born in China, followed the dressing conventions of the Qing Dynasty. The man here sports a queue (plait of hair tied at the back), even though his outfit is westernised. The woman, who wears a traditional tunic and pleated skirt, has tiny bound feet. 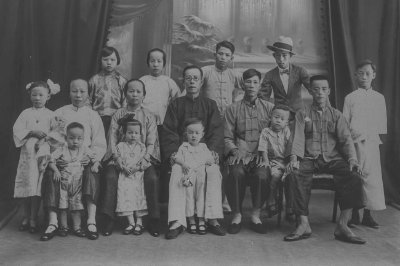 Large families were once common among the Singapore Chinese as traditionally a family with many offspring was considered desirable in a rural society.   Most of the men here are clothed in samfu, a two-piece attire comprising a shirt and pair of trousers. This style of dressing was popular among Singapore Chinese right up to the mid-20th century. 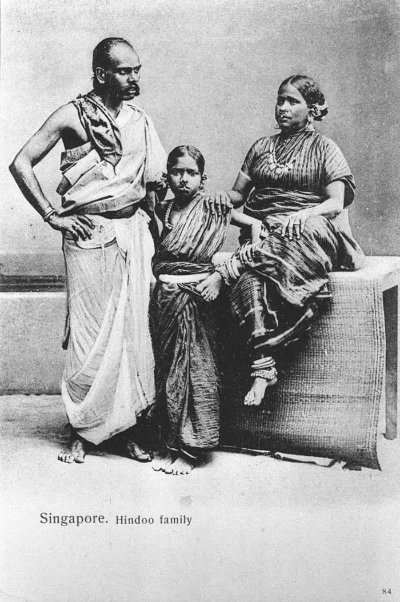 Indians first came to Singapore from South India in the early 19th century. While many worked as labourers, they were also in civil or military service or in business as moneylenders, cloth merchants and shopkeepers. 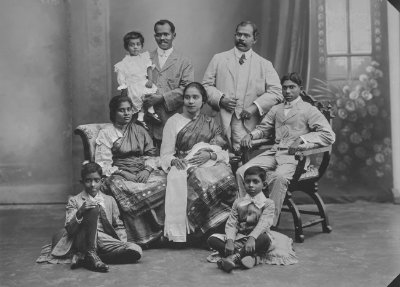 While the majority of Indians were Hindus, some were Christian or Muslim. This family is very likely Christian as the baby is dressed in a christening gown. All the males are in full Western outfits while the women’s apparel is a combination of a saree and a Western-style blouse. 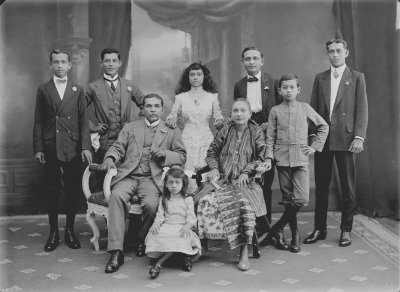 Eurasians are people of mixed European and Asian lineage. Their origins can be traced to the European traders, administrators and individuals who travelled to Asia between the 16th and 20th centuries and married local women.

The apparel of this family is a mix of Western and Asian garments. While the rest of the family don Western outfits, the seated woman sports a baju panjang, which is the traditional costume of women in the Malay Archipelago. 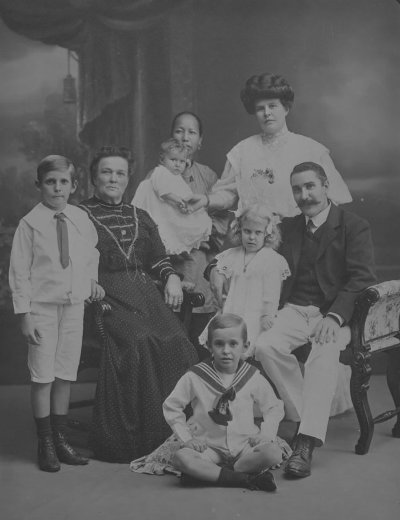 The Europeans in Singapore were a small but powerful minority. Along with the British, they started arriving from the early 19th century to work as government administrators, merchants, traders, missionaries and in other professions.

The Europeans observed the dressing conventions of their home countries despite the heat of the tropics. The family is seen here sporting Edwardian-era attire. Many European households typically employed Chinese women as domestic helpers, known as amahs, as in the case of this family.